Mobility, Cloud Computing and Green IT

In 2007 the Australian Computer Society sponsored the first national audit of ICT carbon emissions. In response the ACS commissioned an on-line training course to teach how to reduce these emissions using techniques including mobile applications and cloud computing. Course designer Tom Worthington will give a live demonstration of how to use iPhones, iPads, Google Android and the cloud for teaching green ICT to professionals. 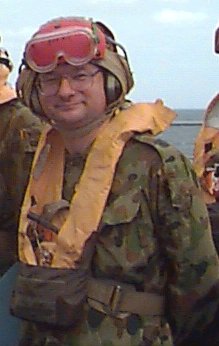 Here is the usual bio I provide for conference:

Tom Worthington is an independent ICT consultant and an Adjunct Senior Lecturer in the Department of Computer Science at the Australian National University. He designed the Green ICT Courses for the ACS and ANU. Previously he advised on IT policy at the Department of Defence.

Tom was the founding chair of the ACS Green ICT Group. In 1999 He was elected a Fellow of the ACS for his contribution to the development of public Internet policy in Australia. He is a past president, Fellow and Honorary Life Member of the ACS, a voting member of the Association for Computing Machinery and a member of the Institute of Electrical and Electronics Engineers.

One experience at the Department of Defence, while doing web pages for military exercises, seems relevant to this conference. At the invitation of the web master of the U.S. 7th Fleet I visited them on the Flagship on exercises off the coast of Queensland, for some extreme mobile computing. The 18,500 ton, 1,550 crew USS Blue Ridge is a mobile floating headquarters, equipped with ordinary desktop computers used to run military exercises. Standard office software and web browsers are used. This reduces the cost and allows systems to be easily upgraded. Temporary staff, such as the US Marines bring their laptops and stick them to the desktops using green gaffer tape.

The lesson from the US Navy was that that an IT strategy needs to be in simple to survive. 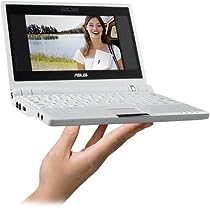 Climate Scientists have recommended a 25% to 50% reduction in CO2 emissions by 2020. This is substantially more than reductions which have been debated in Parliament, such as 5% to 15% in the Carbon Pollution Reduction Scheme Bill.

Existing ICT infrastructure can be used to reduce greenhouse gas emissions relatively quickly, without the need for extensive new investment in equipment of infrastructure. However, this does require ICT professionals to have new skills to measure emissions, design systems to reduce emissions and convince their clients to do so. These skills can be provided using e-learning.

“Green” means that you not only take special care to minimize your impact on the environment, but that you also get your energy from renewable sources. ..."

In 2009 the Japanese government issued a proposed "Green Cloud Data Centers" with reduced energy consumption. However, like many such proposals, few details were provided.

Not suitable for Cloud Computing

There are generally accepted techniques which can be used to reduce minimising energy and materials consumption. AA good summary is the Natural Edge Project (TNEP) seven steps, which I teach to my students of Green ICT. These techniques are as applicable to the providers of cloud computing services. However, there are no only limited measures for the environmental performance of data centres and few applicable to cloud computing.

On 5 April 2010 green grid announced "Global Harmonization of Data Center Energy Efficiency Metrics" with US, European and Japanese bodies agreeing to work on common international standards. The aim is to come up with a global standard in 2011. The Japanese Green IT Promotion Council (GiPC) has proposed Datacenter Performance per Energy (DPPE). In the interim Data centre infrastructure efficiency (DCiE) and its reciprocal, Power Usage Effectiveness (PUE) is the best there is.

However, the current measures, DCiE and PUE only measure the efficiency of getting energy to the servers in a data centre, they do not measure how much useful work the servers do. The user of a cloud computing service therefore has no idea how efficient the service is at processing their data. Widely agreed standards for "useful work" may be some years away.

Greener Cloud with Data Management and the Web

While there is currently no way for users to know how environmentally efficient a cloud computing service is, they can steps themselves to increase the efficiency and reduce the cost of the service at the same time. This can be done by optimising the data the service processes. New web standards provide a set of formats and protocols which can make data storage and transmission much more efficient. This could cut the storage, processing and data transmission requirements by 90% to 99%.

An example of a simple change to an application design is to use an appropriate format for images and to reuse images. ICT professionals are trained to use different image formats for different types of images. Logos with large areas of flat colour should use a loss-less format, such as GIF or PNG, whereas photographic images with gradations of colour should use JPEG's lossy format. Also logos should be designed and selected by professionals to suit the on-line medium. However, many applications use the wrong format and wrong logos. An example is the use of the Commonwealth Arms by Commonwealth Government Agencies. The Australian Government guidelines specify the use of the wrong version of the logo. Agencies use this logo in the wrong format, at the wrong resolution and sometimes use poor quality scanned versions. This can result in files being one hundred times larger than necessary. In addition duplicate copies, possibly millions, of the logo are held in government systems.

An example of inefficient use of web technology was the launch of the UK based "Aerial Reconnaissance Archives" in 2004. This application allowed suers to search a database of 5 million aerial photographs from WW2 and display them on screen. Unfortunately the application gave each photograph a different file name each time it was retrieved from the database. This makes it difficult to cache the photographs, greatly increasing the file server and communications load on the system. As a result the site was unavailable for three days after launch, until changes were made to the system. The latest version of the system displays small static versions of the images, speeding up processing.

The ACS and the ANU use the Australian developed Moodle open source Learning Management System. This is used to provide forums for students to discuss what they are learning, not just receive content prepared by teachers. The techniques of using mentored collaborative on-line learning for computer professional education were developed for the ACS by David Lindley. This allows a full formal university level education to be provided with the student never having to attend a campus. Apart from saving the providers the cost of classrooms, this save on energy expended in student travel.

Both ANU and ACS decided to have their e-learning systems hosted by specialist e-learning providers. As a result the systems are running on shared server also used by other institutions and students, reducing cost and environmental impact. This consolidation is actually a byproduct of the need to have specialist staff maintaining the e-learning software.

The course materials are formatted using web document standards (HTML, XML, CSS). There is no use of PDF or Powerpoint. As a result the entire course takes less than 1 Mbyte of storage (about 100 kbytes for each week of the course). Separate PDF versions of the materials for printing are not required as acceptable print versions can be created from the HTML. This reduces the storage required on the e-learning server, data transmission requirements and storage on the student's computer.

The Moodle system used by ACS and ANU is designed to work with accessible standards compliant web pages on standard compliant web browsers. As a byproduct of this the application can be used on a smart phone, such as an Apple iPhone or Google Android device, a tablet computer, such as an Apple iPhone, as well as on a net-book. As a result users do not need a full size laptop or desktop computer. As well as giving them more freedom to work where they want and not be desk-bound, money and energy are saved when a low power hand held device is used in place of a larger device.

It is not feasible to have every computer application run on a remote server. However in many cases a simple Offline Web applications as provided for in the HTML 5 draft standard will be sufficient. This allows caching of relatively static content on the client computer, with limited creation of new content offline, and then synchronisation when on-line. Such a system can be implemented relatively simply with HTML5, without the need for additional software on the client computer. Having only a limited offline capability can be an advantage to a business, as it prevents too much corporate data from being held outside the control of the corporate data centre.

Slides for these notes are also available.

Mobility, Cloud Computing and Green IT by Tom Worthington is licensed under a Creative Commons Attribution-ShareAlike 3.0 Unported License.